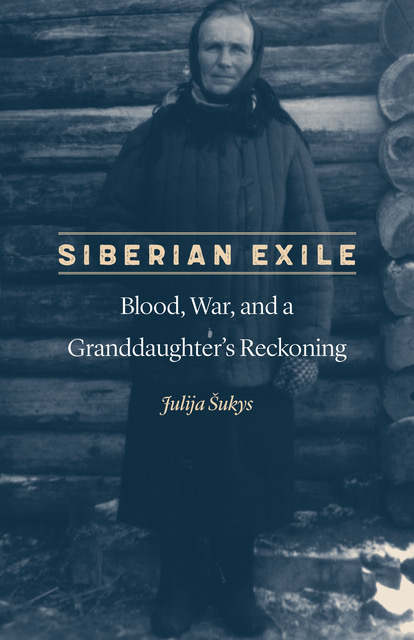 For the many thousands exiled from Lithuania.


And so it happened that Ona was alone at 19 Skirgailos Street in Kaunas on the night of June 14, 1941. Normally, four and sometimes five people lived in the Spartan apartment that comprised two rooms, plus a diminutive kitchen, bathroom, and entry hall. She was sleeping when three men (a troika) knocked at the door. It was two o’clock in the morning.

She showed her identity documents.

“Who knows?” my grandmother answered.
All over Lithuania, similar scenes played out as soldiers knocked on doors, ordered people to pack, and took them away. Despite advance warning and rumors, some deportees were still surprised when the soldiers came for them. Flustered, they grabbed sentimental and useless belongings such as fancy shoes or finely milled hats in panic and ignorance of where they were going and for how long. A remarkable minority had foreseen these events and made the decision not to run. These prepared carefully and waited calmly. The wisest thought to gather food, linens, and dishes. The most unfortunate traveled almost empty-handed, ending up in permafrost regions with only the clothes on their backs.

Among the deportees were newborns, pregnant women, small children, adolescents, and elderly people. Some would eventually make it back to Lithuania, but only after years and even decades in exile. Many lie buried in the Siberian tundra today.

The soldiers gave Ona twenty minutes to prepare. She could take what she could carry. They told her the state would confiscate the rest.

“Your husband will join you at the station,” they said. Amongs her things she folded up Anthony’s suit of fine English wool. What else she packed, I don’t know. The suit is the only thing she ever named.

The Kaunas station teemed. Ona stood against a wall, with a suitcase at her feet. She looked around, hoping to spot Anthony, but also praying he wouldn’t be there. He was nowhere to be seen. Women and children abounded. They carried bags and linen bundles. A little girl watched in terror as soldiers dragged a husband from his wife.

Guards loaded everyone onto a passenger train, where they stayed for perhaps an hour, maybe two. Ona wouldn’t be able to say with certainty when the interviewer asked the question many years later. Next came roll call. She responded to her own name, and recognized no others until she heard the soldier holler for a “Father Joseph.” An elderly man answered and raised his hand but remained seated on his suitcase. He was impressive in his dignity and calm. Squeezing past a nursing mother and whimpering child, Ona made her way over to him.

“Excuse me,” she said quietly, “but aren’t you from the village of P—.?” The man looked up, startled at the mention of his hometown.

“I’m from the same region,” Ona told him. “Do you have a brother? I think my mother was his Catholic Confirmation sponsor.”

Father Joseph hailed from one of the wealthiest families in Lithuania. As rumors of coming deportations began to circulate, the priest’s twin brother sensed he was in danger and fled to the West. Father Joseph, by contrast, refused to budge. Instead, he’d packed his bags and waited for Red Army soldiers to arrive and arrest him.

As Ona and the priest talked, a string of cattle cars rumbled up a parallel track. This, not the passenger train, would take them east.

Among bits of straw and traces of manure, Ona and Father Joseph staked out an area in one corner on the car’s wooden floor. Teenagers clambered atop shelves and set up camp by the small windows above. Soon the wheels began to turn.