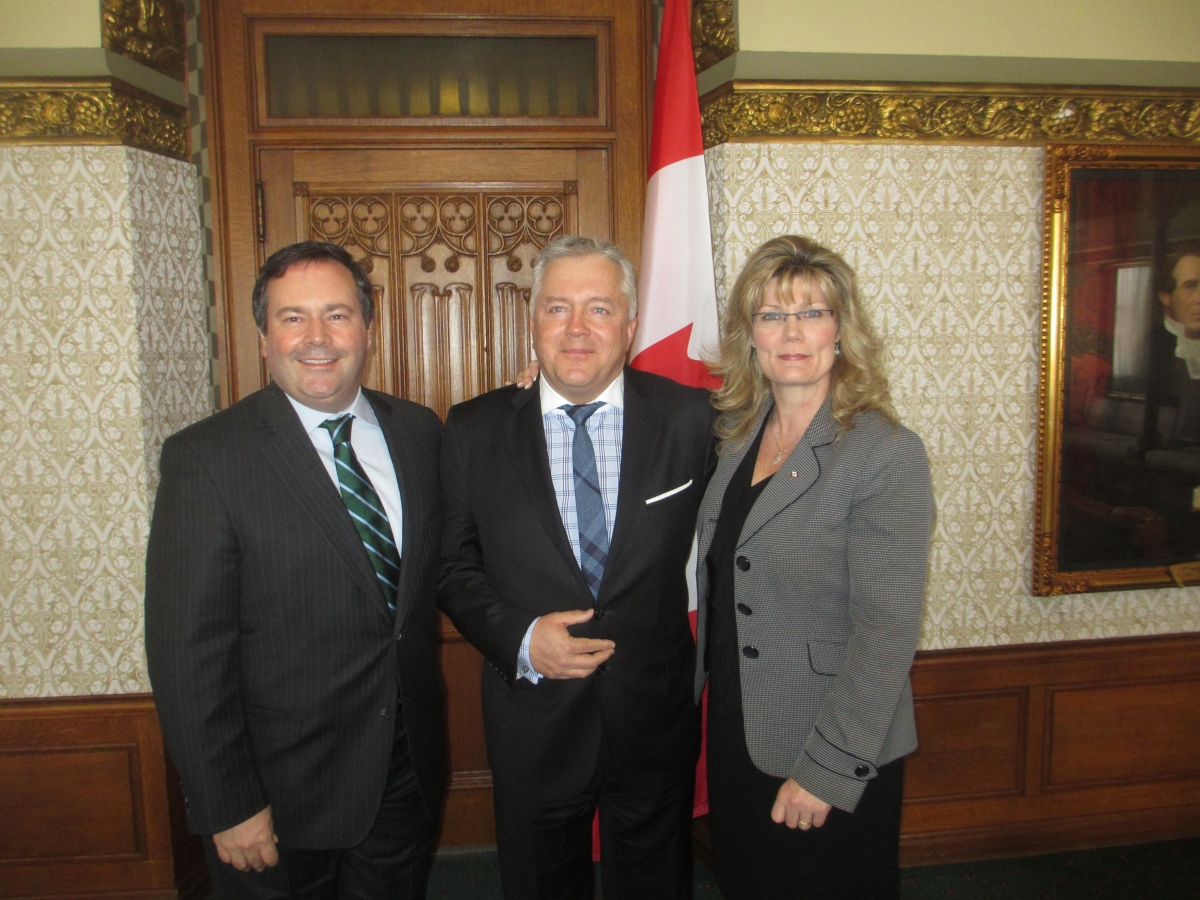 The Minister of Canadian Heritage and Official Languages Shelly Glover, along with Minister of Employment and Social Development and Minister for Multiculturalism Jason Kenney, have announced the launch of the design competition for the Canadian Memorial to the Victims of Communism.

Teams of professional artists, architects, landscape architects and other urban design professionals are invited to submit their credentials and examples of previous work for the first stage of a two-phase competition. The first phase will evaluate qualifications and shortlist approximately six teams; the second phase will invite finalists to develop concepts.

This new Capital landmark will recognize the role Canada has played in offering refuge to the millions that left behind torment and oppression under Communist regimes for new beginnings in a free and democratic country. It will also serve to raise Canadian and international awareness of the ravages of Communist regimes and remind visitors of the core Canadian values that unite us and must be protected.

The monument, to be unveiled in late summer 2015, will be prominently located on Confederation Boulevard in Ottawa, between the Library and Archives Canada building and the Supreme Court of Canada.

In phase two, these finalist teams prepared design concepts and presented them to the jury.
The jury is composed of:
•    Shirley Blumberg, architect
•    David Frum, journalist
•    Ludwik Klimkowski, chair, Tribute to Liberty
•    Michael J. Lewis, art and architecture historian
•    Phuong T.V. Ngo, lawyer
•    Peter F. Smith, landscape architect
•    Maria Gabankova, artist
Comments from the public will be shared with the jury prior to making the final recommendation to the Government of Canada. The winning team will be announced in early fall 2014.

The design development phase will commence in the fall of 2014. The unveiling of major monument elements is scheduled for late summer 2015

-Over 100 million people worldwide have perished or suffered under Communist tyranny; hundreds of millions more have suffered and continue to suffer its oppression.
-More than 8 million Canadians trace their roots to countries that lived or live under Communism.
-The deadline for receipt of submissions is 2:00 p.m. (Ottawa time) on May 2, 2014.
-The Department of Canadian Heritage is managing this monument project in partnership with the National Capital Commission, Citizenship and Immigration Canada, and Public Works and Government Services Canada, on behalf of Tribute to Liberty.
-Tribute to Liberty, established in 2008, is a Canadian charity whose mission is to establish a Canadian memorial to commemorate the victims of communism.

“This monument will be a lasting symbol of the hardship endured by millions under Communist rule and a tribute to those who risked so much to reach the safety of Canada, where freedom, democracy and the rule of law are cherished.”
—Shelly Glover, Minister of Canadian Heritage and Official Languages

“This memorial will also serve as a reminder to all Canadians that glorifying Communist symbols insults the memory of these victims, and that we must never take for granted our core values of freedom, democracy, human rights and the rule of law.”
—Jason Kenney, Minister of Employment and Social Development and Minister for Multiculturalism

"On Tuesday, the federal government announced a design competition for a memorial to the victims of communism. The monument will commemorate the millions who perished or suffered under tyrannical communism. Titled Memorial to the Victims of Communism: Canada, a Land of Refuge, the $4-million project, including $1.9 million in construction costs, will be located on Wellington Street between the Supreme Court and Library and Archives Canada.
We have at least two generations of people who don’t really understand what communism was all about, and what it still is in many countries around the world,” Ludwik Klimkowski, chairman of Tribute to Liberty, the charity behind the memorial, said. “With this memorial your children, your grandchildren, won’t forget the stories of those who suffered under communism.”
—Ludwik Klimkowski, Chair of Tribute to Liberty